Eva Moll defines artistic intent  beyond artistic creation and exhibition making with the interactive participatory process.
Through her art and art-figure EVE she explores and expresses the structures and processes of the cultural activities she works in.
Her Œuvre ties autobiographical themes to contemporary phenomena and positions it in the dynamics of popular culture and art history.

With exhibitions, happenings and performances in Europe and the United States for more than a decade – including P.S.1 MoMA, La Mama Gallery, The Armory Show New York, Art Forum Berlin, Slot Zeist Utrecht, Kunstverein Familie Montez in Frankfurt am Main, the Dokumenta (13) in Kassel and the Fountain Artfair At The Armory New York 2013 – she has been receiving critical acclaim.

Since 2012 Moll holds chair at the Academy of Interdisciplinary Processes in research and instruction. In 2012 Eva Moll received an award of the "maecenia frankfurt – foundation for woman in science and arts" for her achievements with art, in Frankfurt Germany.
Moll continues to bridge the boundaries of the transcultural.
www.evamoll.net 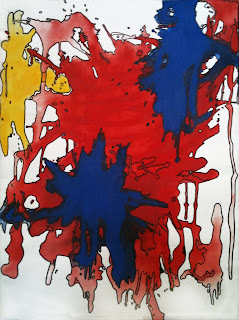 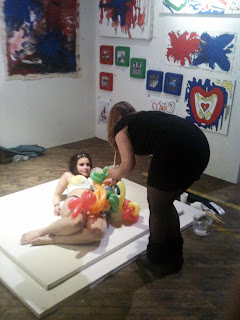 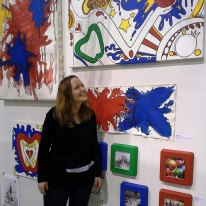 INTOXICATED
Hector Canonge
The excess of our culture prompts me to reflect on the influence of media, our sentiments and how we have learned to reach to human interaction. Passivity is not encouraged, shyness is not understood, aggressiveness could be rewarded. All in one, and all in a continuous live action performance that promises to give you a frantic rush you never experienced before.

Hector Canonge is an interdisciplinary artist whose work incorporates the use of media technologies, physical environments, cinematic and performative narratives.  He explores and treats issues related to construction of identity, gender roles, and the politics of migration.  Challenging the white box settings of a gallery or a museum, or intervening directly in public spaces his performances mediate movement, endurance, and ritualistic processes.  Some of his actions and carefully choreographed performances involve collaborating with other artists and interacting with audiences. His work has been presented in museums, galleries and art spaces in the USA, Latin America, Asia and Europe.

From June to December 2012, Canonge lived in South America exhibiting, performing, and giving workshops in Bolivia, Argentina, Ecuador, Peru and Colombia. In 2013, he participated in the Encuentros 2013 of the Hemispheric Institute for Performance & Politics in Sao Paulo, Brazil. He has recently returned to the United States to start working on his new project, LABORAL, as part of his Franklin Furnace Award 2013, and he will be participating in the Month of Performance Art in Berlin to present his controversial public performance “SUD.AKA” at Alexanderplatz, and “Besame Mucho” at ACUD Kunstverein-Serendipity Gallery. 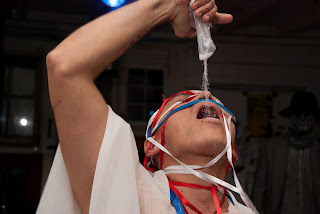 
Shapes on Location
Erin Parsch dancer and performance artist introduce the viewer to  Shapes on Location. Staged with a wide roll of thick white vellum, the work gradually encompasses the dancers until they are entirely concealed, from which one or the other emerges like a primordial hatchling from what has become a cocoon. An embryonic life form, not yet able to walk but still a statement of rebellion against her de-humanizing environment. The sequence of dance and performance seemed an abstract re-enactment of a birth and re-birth ritual. There’s harmony, there’s menace.  The inanimate cover takes on a life of its own as the base substance comes alive to the dance.
www.erinparsch.com 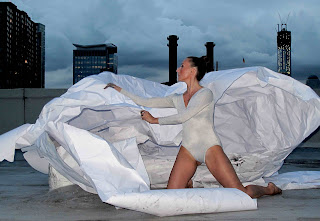 City Language
Kevin Marcell displays his  Urban depiction of New York City and its boroughs,
printed on maps, newspapers and found objects with silkscreen prints of his photographs of the City, Murals and added Graffiti paint

Venezuelan born Brooklynite Kevin Marcell presents his vision on an unorthodox canvas: New York City's recycled and repurposed subway and cycling maps ("re-cycling maps")
With a variety of techniques such as silkscreen prints, stencil spray paint and free hand aerosol paint-draw Marcell depicts the Urban portrait with the mood of the City. 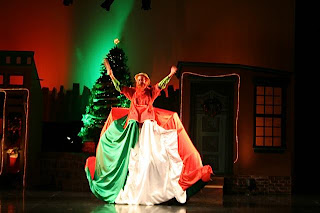 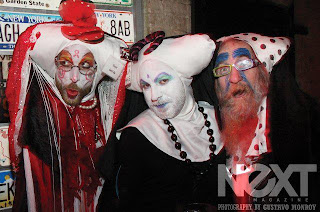 livingapainting
Caridad Rivera,
live bodypainting action and performance
The body becomes the canvas for Caridad's visual expressions  combined with
physical motion, the energy of the human body responding to sound and
instruments.
She choreographs with her team of performers and musicans.
Caridad is a Cuban American, dancer, choreographer, painter, action artist 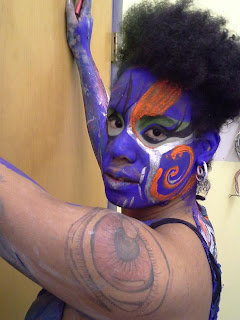 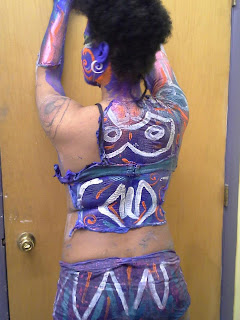 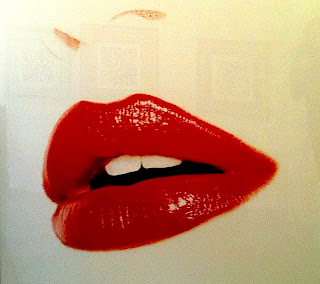 Romelio was born in Havana, Cuba and lived in Europe as a child.   With a child’s understanding that he would be leaving behind his world for ever, he wrestled with the concept of finality and at the same time the allure of the adventure ahead of him.  These elements set him up for a lifetime of dualities and contradictions that still haunt him today.   The absence of normalcy served as a catalyst for obsessions involving control and unmasking of hidden things. 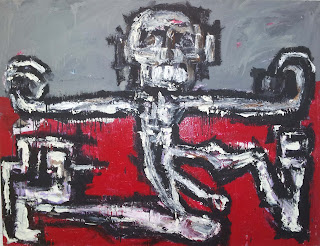 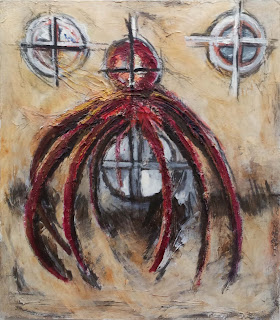 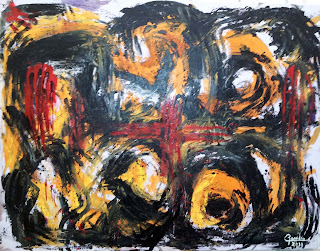 got armor?
Uta Brauser offers a proposal for civilian response to an unnecessarily armed US population.
Activism expressed through  fashion and a series of drawings with the hope for
continued dialog in regards to gun regulations in the US.
Uta Brauser, multidisciplinary artist, visionary, curator, art activist
organizer of Creative Grove artist & designer market, a public platform for social interaction
through art in the community. Also owner of Fish with Braids Gallery 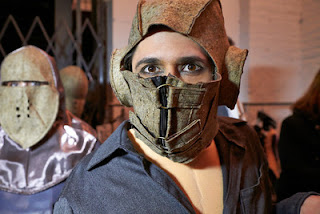 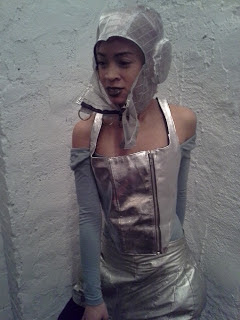