GOT ARMOR?
is Uta Brauser's response to the continued gun violence in the United States.
"As long we have gun laws that make weapon ownership this easy, we,
the unarmed Civilians, who insist on civilized interaction and
unarmed conflict solution, need to shield ourselves.
Armor up! "
" Human Civilization is approaching a stage of intelligence and technology where the use of guns should slowly become obsolete. Come on America.."
quotes of Uta Brauser

our official shooter. with a nerf gun

most pix were taken with my google phone which has issues with night time light conditions..
others by Jena Cumbo 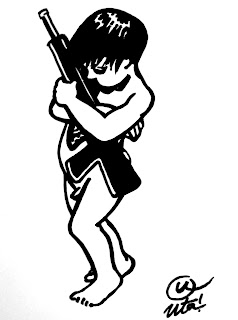 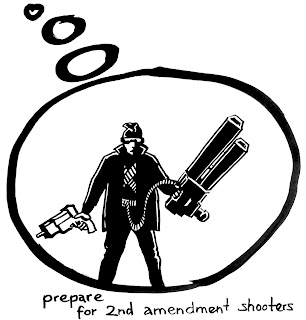 NY Times.thelocal.eastvillage:
Uta Brauser
Showing Friday at 9 p.m.
More activist than fashion designer, Ms. Brauser looks to clothing design as a way to push forward political dialogue. Her collection for the show includes paintball masks and visors to invoke a sense of “shielding” as a response to the repeated occurrence of gun violence in schools.
Favorite thing about WFW: “Williamsburg Fashion Week still maintains that core of genuine, non-gentrified artistic expression that you used to find in the East Village and Lower East Side. It all moved to Williamsburg. Williamsburg now contains the urban core of designers that makes New York such an extremely creative capital.”
$500 shopping spree: Live Astro 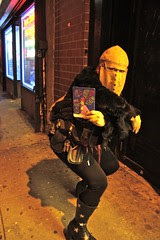